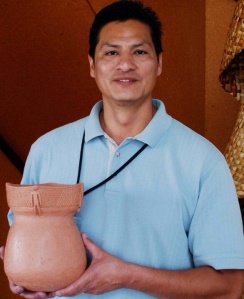 The wealth of my employment experience encompasses cultural artistic consulting, and presentation. I have curated and co-curated two contemporary Haudenosaunee (Six Nations Iroquois Confederacy) art exhibits. I have authored articles published by the Smithsonian Institution. I have presented cultural program presentations for the Smithsonian Institution. I have served on numerous grant review panels. I participated by invitation in two International Indigenous Visual Artists’ Gatherings in Hawaii 2007, and Rotorua, New Zealand 2010. I serve on local, and regional arts boards. I interact as a multidisciplinary artist with my foundation in the traditional arts and my applied artistic statement conveyed through contemporary artistic expression. I have engaged a broad range of the two-dimensional arts from printmaking to painting, and in the three dimensional arts worked in carving, silver jewelry, pottery and three-dimensional lost and found art creations.

I have authored cultural articles on traditional dance and indigenous internet implications. I co-curated “Iroquois Art in the Age of Casino’s”, Iroquois Indian Museum, 1995. I served on the curatorial committee representing Seneca artists for the “Where We Stand” Contemporary Haudenosaunee art, Fenimore House Museum, 1997.

I authored “Native American Dance, Ceremonies and Social Dance Traditions” published by the National Museum of the American Indian, Smithsonian Institution, 1994. A similar article titled “Dancing the Cycles of Life” is published in the 1993 Festival of American Folklife program catalog. The article was part of the social dance in the America’s program for the Festival of American Folklife. for the Center for Folklife programs and Cultural Studies, Smithsonian Institution, 1993. 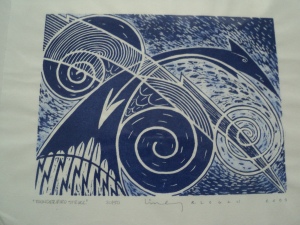